EFC 66: 10 Days to the Biggest Rematch in EFC History 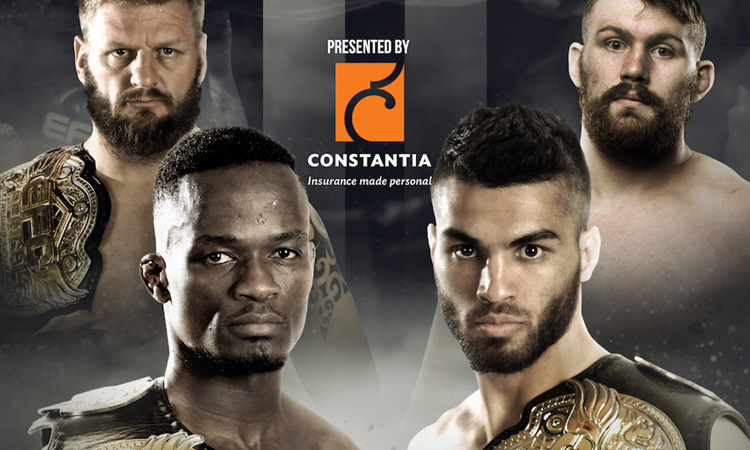 On Saturday December 16 at Time Square, Pretoria, the biggest rematch in EFC history is set to take place, the EFC heavyweight championship will be contested. In addition to these mega-bouts, the search for the ultimate contender will be complete.

Since their previous encounter, plenty things went down between these two with the fast-mouth Irshaad regularly mouthing off at Pena about his positive test for performance enhancing drugs.

Pena is not a man of many words, but one thing is for sure – this might be the greatest rivalry in EFC history and these two men will look to destroy each other come fight night.

Personally, I would love for the Cape Town (kind of) boy, Irshaad, to win this. But in all honesty, these two are so good that it is really very difficult to call.

The heavyweight champion Andrew van Zyl has found a new challenger in the form of USA’s Jared Vanderaa. Plus, in the finale of ‘The Fighter’ reality TV show, the two remaining undefeated contenders will be going head-to-head for the ultimate prize. A six figure EFC contract and a shot at middleweight gold.

On the same night and in a waging welterweight war, Brazil’s Jose Da Rocha returns in his hunt for title vengeance, as he faces the raw power of DRC’s Pupanga Tresor. And opening the main card is the official No.1 bantamweight contender fight between South Africa’s Gareth Buirski and France’s highly revered Phillipe Rouch. 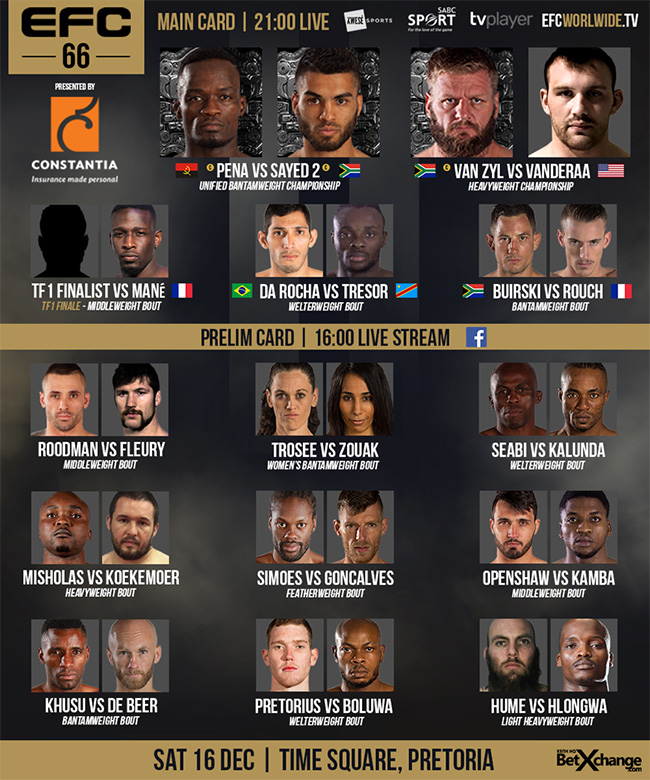 What do you think of the evening’s fight? Who’s your money on? Tell us in the comments below.