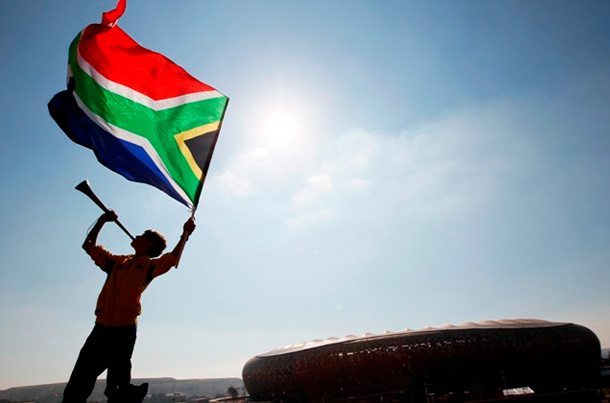 Those who follow me on Twitter will know that I am not a fan of people who jump ship and move to other countries to escape the so-called appalling conditions and lifestyle of South Africa. Some South African born sport stars plying their trade for other countries, might not have had much choice in moving away, but I have always found it quite interesting to know how they chose which country to play for – the one you were born in, or the one you are currently living in?

I suppose the decision can depend on many factors from how long you lived in SA and what kind of life you lived here to a very real thought that maybe you’re just not good enough to play for SA, so you chose your residential country instead.

Whichever reason a player might have for choosing another country over SA, there will always be different opinions about them and this is not what I have come to discuss today. I asked the followers of @thePunditsSA for some names of players who were born in South Africa but play sport for other national teams, not to judge, but merely for interest sake.

Take note that the obvious ones like Kevin P@estersen have been left out. Also note that these okes might be obvious to you but I chose the ones I never knew about.

Now, before you jump on that high-horse, I do know that Froome was born in Kenya and not in South Africa. The reason I put him in here is because he actually inspired me to write this post. When I learned he was born in Kenya and brought up South Africa, I could not for the life of me figure out why he won the 2013 Tour de France as a member of the British Cycling Team.

Froome was 14 when he started high-school in SA and studied two years of economics after matric. It was in South Africa that Froome started to participate in road cycling. Froome always raced under the Kenyan flag, up until 2008 0r 2009 when he suddenly became British. Despite spending his entire life in either Kenya or South Africa, Froome said he always “felt British” – in my opinion, “felt British” is code for “felt British money in my pocket after jumping off the Kenyan ship”.

Ryan is a South African born cricket player who plays internationally for Holland. He also plays at club level for Essex, England. Ryan matriculated at Fairbairn College in Goodwood. Ryan holds the highest ODI batting average of any batsman that’s played more than 10 innings. His average of 67 must be taken with a pinch of salt though, as Holland seldom play against any top teams.

Not a bad bowler either as Ryan took five wickets in a 2007 Cricket World Cup warm up game against India, dismissing big names like Ganguly, Sehwag, Yuvraj Singh and MS Dhoni.

Ryan holds and ODI best of 119 vs England.

Kruger was born in Wolmaransstad, South Africa (I also don’t know where that is). He plays cricket as a wicket-keeping batsman and played professionally in South Africa, New Zealand and Scotland. Kruger graduated from the Afrikaans High School for Boys (Affies).

He started his first-class career with Northerns in 2000 but any hope of breaking into the strong SA squad was diminished by Mark Boucher’s stronghold in the position of wicketkeeper. He moved to New Zealand after being encouraged by his coach to pursue his international career abroad.

In January 2012, Kruger was named in the New Zealand cricket squad to play against Zimbabwe – he was later called up to make his test debut against his former country after BJ Watling was ruled out with a hip injury.

Rest assured, this is not Snorre de Villiers trying to make a comeback as a Rugby player. Pieter de Villiers was born in Malmesbury and played in two World Cups, representing France as a hard-scrumming prop.

De Villiers made his France debut in 1999 against Wales and played in the 1999 World Cup Quarter-Final win over Argentina as well as the famous Semi-Final win over New Zealand.

Off the field actions got Pieter into action as he was banned for taking recreational drugs in 2003 – traces cocaine and ecstasy were found in his system.

Yet another cricket player, Grant was born in Johannesburg. As an all-rounder, Grant played for SA ‘A’ against India ‘A’ before qualifying to play for New Zealand in 2007. Grant made his ODI and Test debuts against England, taking three wickets in his first ODI and scoring his first 50 in only his 2nd game.

Grant even made his own cricket bat, the Buzz Cricket Bat that Luke Woodcock used to score 220 in a first-class game. Plagued by injury, he started working with Sky Sport in 2010.

The list of South African born player who play abroad goes on and on, some other players who our followers suggested were:

Know any other player? Be sure to let us know in the comments below.