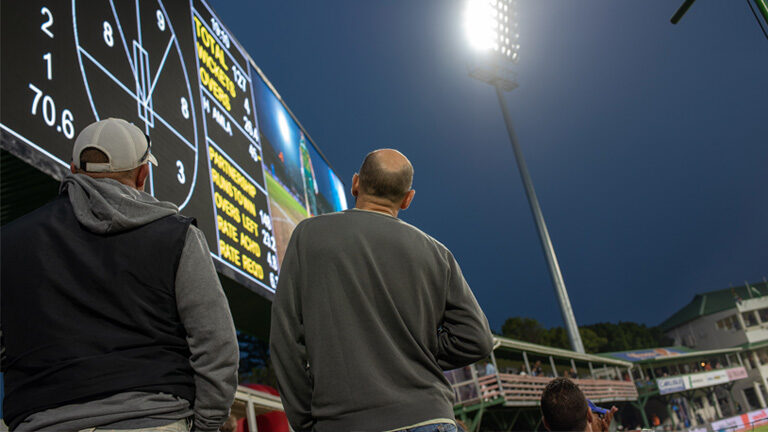 The Big Bash League in Australia can make for interesting viewing as South African fans wait for the Test series between the Proteas and India to get underway.

The BBL has involved several South African stars in the past, even if the current edition has none. Big names like Chris Morris, AB de Villiers, Imran Tahir and Rilee Rossouw have involved themselves in Australia’s premier T20 cricket competition.

This year, though, it has been all about the local lads and international stars from other parts of the world.

The Sydney Sixers are the reigning champions and are chasing a third successive title. Interestingly, they have three England stars – Tom Curran, James Vince and Chris Jordan – at their disposal. That’s a seamer, batsman and all-rounder in the ranks to really add to their firepower all around.

The names of Curran, Vince and Jordan should feature frequently in Big Bash scores and results. There are several other players from abroad putting in big BBL performances, too.

South African-born New Zealand international Colin Munro recently hit a big century for the Perth Scorchers. His 114 not out against the Adelaide Strikers spanned a mere 73 deliveries and featured eight fours and six sixes. He hit the ball to all corners of the Sydney Showground Stadium. The Scorchers also have England duo Laurie Evans and Tymal Mills. The latter, in particular, can add a lot of value to their bowling stocks. He has a masterful slower delivery which he disguises really well.

Speaking of the Strikers, they have two of the most entertaining international stars in their ranks. England fast bowler George Garton is one of them. He is a tall fast bowler who also offers something with the bat down the order. The Royal Challengers Bangalore made good use of his services during the Indian Premier League earlier this year. And then they have Rashid Khan, who recently ended a long relationship with the Sunrisers Hyderabad in the IPL. The Afghanistan leg-spinner is hugely talented and, like Garton, can bat really well, too.

The Brisbane Heat have gone an interesting direction with the recruitment of the Cameron Gannon and Tom Cooper, who have played for the United States of America and the Netherlands, respectively. Those are two smaller nations in world cricket, but are gradually holding their own among the Australians, West Indians, Englishmen and South Africans of the world.

Take a look at the Hobart Hurricanes roster and you will soon see another small nation represented. Spinner Sandeep Lamichhane is with the Hurricanes in Australia if he is not with Nepal elsewhere.

And then there is Unmukt Chand at the Melbourne Renegades. He is the very first Indian player to play in the BBL. He represented India Under-19 and the Delhi Daredevils before looking elsewhere – and has also played for the Silicon Valley Strikers in the USA’s Minor League Cricket Championship.

The other Melbourne Franchise, the Stars, have Haris Rauf and Andre Russell. The Pakistan and West Indian stars are great to watch. Rauf is a livewire in the field if not bowling, while Russell is a veritable big-hitter with bat and ball.