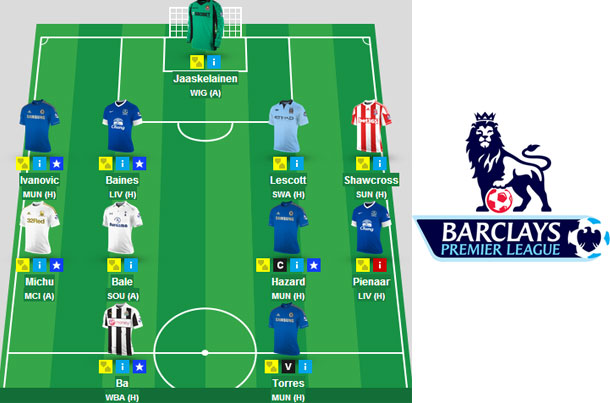 ** Due to being swamped with work in our 9-to-5 and a bit of bad time-management, we weren’t able to do a preview for Gameweek 28 – with permission from @FantasyYirma, we have borrowed theirs. Enjoy.

As we enter the final 10 Gameweeks of the season, form is becoming more and more important.

That old cliché about form being temporary and class being permanent is of course a correct one, but in these closing weeks it will surely pay to trust in those players who are doing well week after week.

Rickie Lambert (£7.0m) is currently one of those players, and fantasy bosses have definitely noticed.

Almost a quarter of Fantasy Premier League teams now feature Southampton’s Scouse striker, a forward who has racked up eight, nine and 11 points respectively over the last three Gameweeks as he’s scored twice and picked up three assists.

Lambert and the Saints welcome rock bottom Queens Park Rangers to St Mary’s on Saturday, and the forward will be eyeing even more goals there.

It’s an important game for the hosts, who have impressed in patches under new boss Mauricio Pochettino before suffering a 4-2 loss after making the long trip to Newcastle last time out.

Lambert scored his 100th goal for the Saints and his 12th in the Premier League this season in that game, and with the arrival of ex-Saints boss Harry Redknapp and his struggling side on Saturday, Lambert will be confident of finding the net again.

He scored against Rangers in a 3-1 win at Loftus Road in November, and with talk of an England call-up swirling around him then the forward can deliver and help move Southampton away from the relegation zone by beating a team who are firmly stuck in it.

One of the teams currently desperate to stay out of the bottom three are Wigan, and they face a tough task on Saturday evening when they welcome Liverpool to the DW Stadium.

The impact of Daniel Sturridge (£7.5m) at the Reds has been easy to see, and with the forward currently having only 7.4% ownership he could prove a strong differential choice in the closing weeks.

Liverpool’s fixture list isn’t as demanding as the one faced by several of the teams around them, and after scoring in all but one of his five Premier League appearances for the Reds so far – picking up 31 Fantasy points in the process – Sturridge could shine in those games, starting with this trip to Wigan.

Elsewhere, Sunday sees Arsenal try to become the latest team to stop the juggernaut that is Gareth Bale (£10.3m).

The Tottenham man continues to rip through the Premier League, with his latest demolition job on West Ham on Monday night seeing his ownership increase even more.

Against Arsenal he’ll of course come face-to-face with his former Southampton team-mate Theo Walcott (£9.6m), and with the frequent madcap nature of these North London derbies meaning that clean sheets are unlikely to be on the agenda, both could find themselves in the points come the end of the afternoon.

Elsewhere, both Chelsea and Manchester United face winnable looking home matches against West Brom and Norwich respectively, but both sides go into the contest with forward issues. Rafael Benitez is again faced with the dilemma over whether to choose Demba Ba (£8.0) or Fernando Torres (£9.3m), whilst there is an injury doubt over Robin van Persie (£14.0m) for United. None of the trio can be trusted confidently.

Monday night sees Manchester City travel to Aston Villa, and whilst Yaya Toure (£7.7m) and Carlos Tevez (£8.7m) regained some lost friends with goals in the 2-0 win over Chelsea last time out, it is the fact that City kept a clean sheet in that game which should perhaps be of greater importance.

Defender Pablo Zabaleta (£6.2m) was a key element of that shutout, and given that he has now started City’s last 15 Premier League games the Argentinean is again likely to be an important part of the visiting back line.

Against a Villa side who have often struggled for goals this season, Zabaleta can keep things tight at the back whilst impressing further forward too.

FantasyYIRMA.com established in 2012, is a niche Fantasy Football site focused on providing news, views and insight for the English Premier League. Solid Gameweek articles and Club features in addition to a top ranked free to play mini-league makes #FY a must read Fantasy Football source! Find us on twitter @FantasyYIRMA 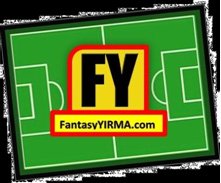