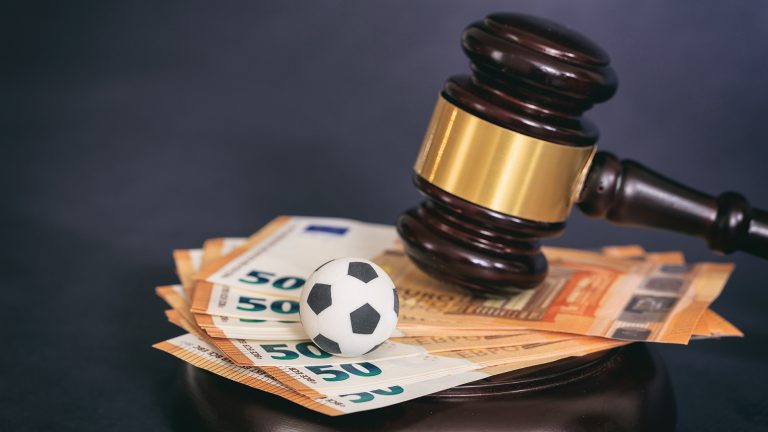 Each summer, there are one or two names that dominate football’s transfer rumour mill – and this year is no different. If it’s not Erling Haaland, it’s whether Spurs striker Harry Kane will be on his way to Manchester City. And each potential move comes with a hefty transfer fee. Kane for $142m? Or even $213m? But where to do these valuations come from? And what are clubs thinking about when they part with such enormous fees to land their man?

Why are football player valuations important?

Football is unlike any other profession. In what other line of work could you switch between an employer because someone paid to make it happen? This is exactly why valuations matter. For as long as a player is under contract at one side, the other must meet the amount being asked for – otherwise the move isn’t going to happen.

It’s also a strange quirk of football that a player’s value can go up and down depending on any number of factors. Just as traders discover when using a forex broker to buy or sell currencies on the global market, the price put on a single player’s head can go up and down almost at the flick of a switch. How about forward Andy Carroll, who once commanded a $50m transfer fee.

The length of a contract can have a big say over how much is needed to secure the services of a player. You could almost argue that contracts are actually more like insurance policies. Clubs can demand a pretty handsome fee if a player has three or four years left on a contract. As the contract runs down towards its end, however, the fee can dwindle.

It’s one reason Inter Milan could sign Christian Eriksen for a ‘bargain’ $24m in January 2020 as Spurs were forced into selling a player who would have left for free later that summer.

A player’s current team and position can also affect their valuation. In terms of position, this is a matter of pure supply and demand. If Team A is desperate for a goalkeeper, they could have to pay a premium to sign one from Team B. That’s especially the case if we’re talking about the top stopper of a title-winning side.

Similarly, a player is likely to be worth much more if they’re playing for one of the best sides in the land – or even world. You’re more likely to find that a Kaizer Chiefs centre half will be worth more on the market compared to someone from Cape Town Spurs. Success can count for a lot.

Age is just a number and, if you’re good enough, you’re old (or young) enough. It does appear, however, that younger players will cost more than older players. That’s especially the case if a buying club is thinking of long-term resale value. Or if the selling club wants fair compensation for nurturing and developing raw talent.

Sometimes, clubs do just have to take a punt in the search for future stars. Sometimes, it can work out – such as the millions Dortmund paid for a young Erling Haaland in 2020. Others, it’s not quite the case – such as Freddy Adu, the US midfielder once billed as the next Pele.

Of course, what all teams want when splashing the cash on a new player is someone with the talent and ability to make things happen. A proven trophy winner will always court interest in the transfer market – and command a handsome fee. But those without a collection of medals, appearances, or caps will also be reflected in their market value – and often it’ll be lower.

Ultimately, the value of a football player is driven by a combination of some – or all – of these unique market forces. And sometimes it can simply be a question of how much another club is prepared to pay for that player. Never was that more evident than when PSG agreed to invest a world-record $263m in Neymar. Will that fee be topped? You never know…