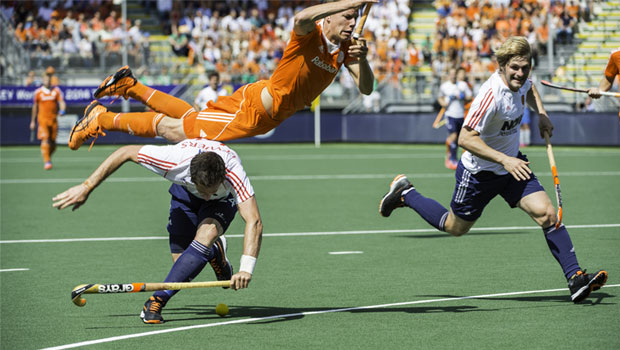 As the year comes to an end, the Rules Committee of the International Hockey Federation (FIH) have made proposals to amend the Hockey Rules for 2019.

Having been considered by the Executive Board, the following rules have been approved and will be implemented from 01 January 2019.

Introduction of the match format of four quarters as standard

The four quarters has additional advantages at junior levels of the sport in which coaches often umpire youth/school matches and the additional breaks provide for coaching opportunities.

This hockey rules change was expected to happen sooner or later. It’s been widely regarded as a success when tried at international level and it does make sense in the greater scheme of things. I’ve heard concerns, however, from school coaches who argue that games will now be longer, putting further pressure on hockey fields that are already over-booked at many schools.

On a personal level, I prefer the two half system – it gives me more time to get into the swing and momentum of a match. But this will obviously differ from player to player.

As for the coaching opportunities argument – a decent coach should be able to spread a certain message through the team from the sidelines. Formations and presses should be well drilled into players’ heads, enabling a team to switch between them at a moment’s notice.

Removal of Goalkeeping privileges for a substitute field player

A mandatory experiment, with effect from 1 January 2019, taking out the option for teams to play with a field player with goalkeeping privileges.

Any change between these options should be treated as a substitution. It is hoped that this experimental rule will enhance safety as field players will no longer have goalkeeping privileges so will not be entitled to use their body to stop shots at goal and it also enhances the promotion of the sport by eliminating the issue of outfield players wearing other shirts to indicate goalkeeping privileges.

Look, anyone who is willing to stand as a goalkeeper without the full protection, is a borderline maniac – but we all have those in our teams. This is great for safety, for obvious reasons.

In my hockey ‘career’, we very rarely made use of a kicking back anyway, so this probably won’t affect too many people.

Defending free hits within 5 meters of the circle

The explanation for how to treat free hits for the attacker close to the circle has been changed in Rules 13.2.f.

It has now been made clear that players other than the attacker taking the free hit must be at least five meters away, including when they are in their circle.

If the attacker however chooses to take the free hit immediately, then defenders who are inside the circle and within five meters from the ball may shadow around the inside of the circle as per the explanation of the rule before 2019.

This has the advantage of not preventing the quickly taken free hit which has been widely welcomed by coaches and players, whilst maintaining the 5m rule used everywhere else on the pitch to provide space for the free hit taker.

The merits of this particular change will rely heavily on an umpire’s ability to police it accordingly.

As in Indoor Hockey a defender may now take a free hit awarded in the circle anywhere inside the circle or up to 15 meters from the back-line in line with the location of the offence, parallel to the side-line.

This is great as it promotes quick restarts and will allow defenders to move the ball before a press can be set up. As a striker myself, I’d look to exploit a defenders hastiness, looking to make an intercept which will likely mean that his peers will also be unprepared.

Completion of a penalty corner

All in all, not a bad set of rule changes – I suppose it remains to be seen how they work in practice as playing commences in 2019.

These amendments will come into force on 1 January.