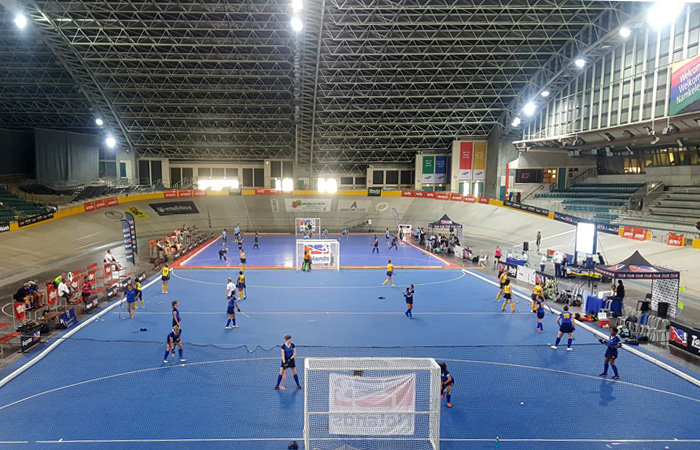 Indoor IPT 2018 – Day 2 | It was as hot as I have experienced in Cape Town today and the action on the pitch did nothing to cool the arena down. In a day of 22 games I pick out five of my favourite ones on a thrilling day of action at the Velodrome.

Namibia were sensational in opening an early 4-0 lead through Neethling, Finch, Cleak and Martins and they looked to be cruising to a second win of the tournament. But closing in on half time Lamprecht and Paulo pulled two goals back to wrestle the momentum. Namibia struck first in the second half through Neethling before three goals in two minutes pulled the game level. Lamprecht, Paulo and Forbes the scorers. Ernest Jacobs then scored a rare goal to give Namibia the lead but Janse levelled again for the Blues. Namibia then won a penalty stroke with 8 seconds left of the match, but Martins flick was saved by Champion to keep it level.

Having witnessed the Blues earlier draw with Namibia the Raiders knew they needed a win to set up a favourable quarter final. Keegan Hezlett, Jonty Robinson and Greg Last set up a fantastic first half but the Blues again fought back, through a Lamprecht double and another Steven Paulo goal. But the Raiders made sure of the win thanks to South African World Cup Star Jarryd Jones and Keegan Hezlett to win a tight game.

In the classic “A” team takes on “B” team battle, the hosts derby lived up to expectation. The match was a tactical affair with Kaitlyn Byrne the absolute star for Pens denying chances regularly with class. Gillian Hermanus, Namibian World Cup Star, scored early for Province but the “B” side levelled on the stroke of half time as Rozanne Compion scored from open play. Although they had to defend gainfully the Pens were full value for their draw.

Northerns look a far better team than 12 months ago as Celia Evans works her magic as a coach, they also ran into a first half 2-1 lead thanks to Roxanne Paans. But an inspired performance by Lethabo Nkoe with a second half hat-trick made it a fantastic day for Blake Goosen and his team. 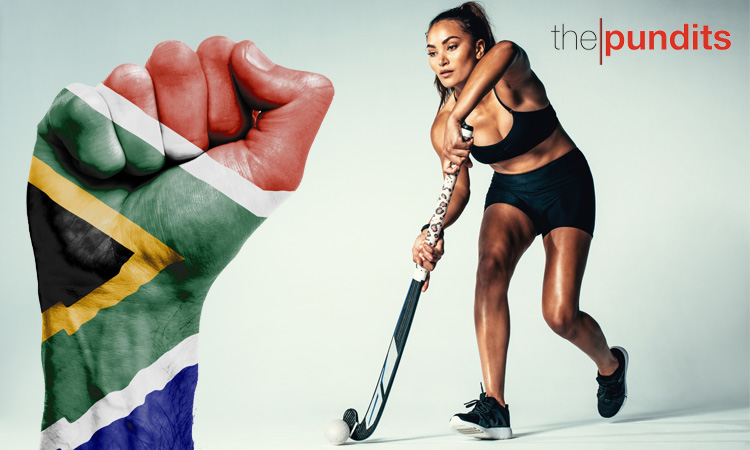 Southerns followed up that dramatic victory with a historic defeat as Mpumalanga tasted victory for the first time ever over Witsies. The first goal of the game only came in the 31stminute through Jonker and Mpumalanga then got a second through Davey. Atkins pulled one back for Witsies, but the icing was put on the cake for Mpumalanga when Dunell van Taak punished a loose ball.

Among the other results were another two convincing wins for SPAR KZN Raiders in defence of the SA Indoor Women’s IPT title, Pietie Coetzee’s Southern Gauteng made their own shout too with a fantastic two victories and KZN Inland made it three out of three as well.

In the Men’s tournament Namibia, Southerns and Western Province remain undefeated after their three games.