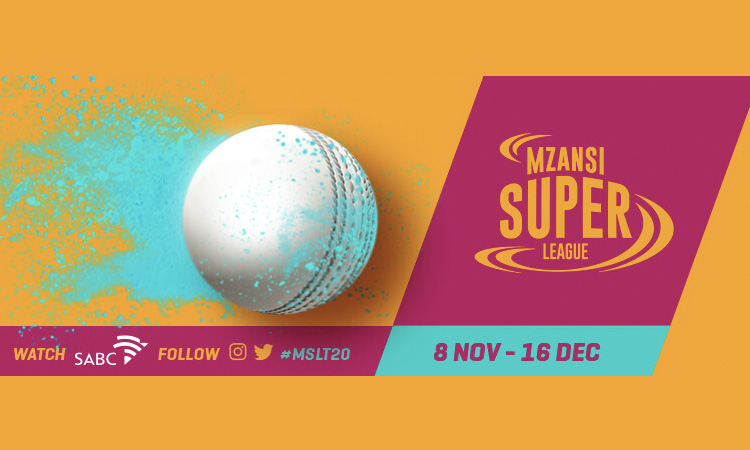 When you are a new T20 competition, you have to learn how to swim and do it quickly or risk falling behind. One standout improvement in this year’s Mzansi Super league has already happened; and that is the draft avoiding cricket mercenaries who will be selling their souls to the T10 league in the UAE, leaving some Mzansi Super League teams with fewer options.

The quality of cricket in the first edition of the Mzansi Super League surprised one and all, improving from match to match as local players seemed to embrace playing with and against T20 legends like Chris Gayle, Dan Christian, and Dwayne Bravo.

The Blitz reached the final last season, where they lost to Jozi Stars. They will look to go one better this time around and lift the trophy. They have an impressive weapon in Proteas star player, Quinton de Kock, who scored the second-most runs in Mzansi Super League 2018 and this season they have also acquired the services of big-hitting Lancashire player, Liam Livingstone, who has a T20 career strike rate of just over 140. On the bowling side, Cape Town Blitz has a strong pace bowling line up that features Dale Steyn, Anrich Nortje and Vernon Philander to torture opposition batsmen.

Prediction: Playoffs. The Blitz should be a strong performer this season, but a lot depends on their star players staying injury-free and in form.

Local player to watch: Gregory Mahlokwana, a young ambidextrous spinner who bowls slow left-arm and off-spin. He might struggle to get into the starting side at Newlands with its usually seam-friendly carpet laid out, but hopefully, we see him in away fixtures. 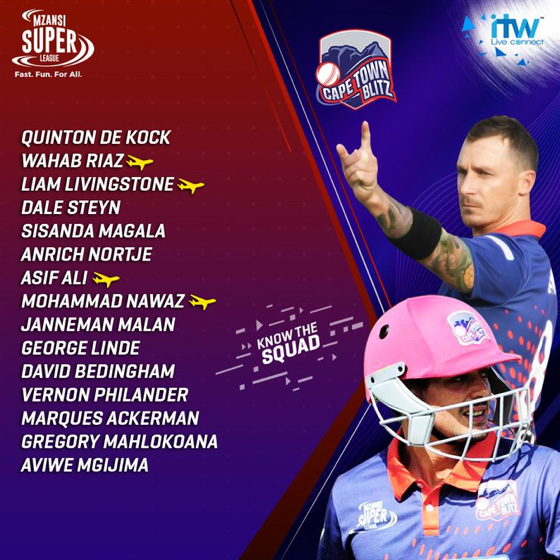 Last season the Durban Heat struggled to get the stove up to Low. Gary Kirsten as a coach is certainly a good start. It’s hard to talk about cricket in Durban and not talk about the weather. Durban Heat have invested in former England internationals, Alex Hales and Ravi Bopara, who combined have played 559 T20 games, as English cricketers they would have seen their share of rain-affected games and know how to play the D/L situations by heart or at least have some good jokes or magic tricks to keep the locker room mood positive.

The local batting experience will be provided by David Miller and Dane Vilas. On the bowling side of things, Andile Phehlukwayo, Kyle Abbott and Keshav Maharaj will spearhead the attack with a more than handy Malusi Siboto also there.

Prediction: Again, not to hammer on about the weather like an annoying uncle, but it can hurt the team. That being said, I’m positive that they’ll be more of a force than last season thanks to Gary Kirsten.

Local player to watch: Marco Jansen, a 19yr old left-arm quick that hopefully gets a game or two. He recently went on a SA A tour to India and took 3/25 in one of the fixtures. From what I can scrape together, he seems to be handy with the bat as well. 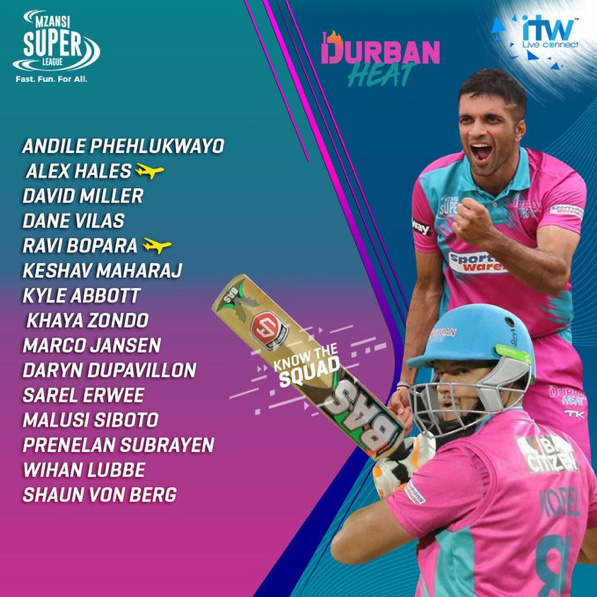 In T20 cricket it’s tough to win a title, it’s near impossible to defend it, but this is the task ahead of the defending Mzansi Super League champions. The Jozi stars have given themselves a good chance of replicating their success by retaining the core players from that campaign.

Leading run-scorer, Rassie Vd Dussen and leading wicket-taker, Duanne Olivier, are both back in action. Australia’s T20 legend, Dan Christian, also returns, and he will surely keep providing with the bat, ball and by looking miffed when a fielder lets an extra run through with a misfield. Never underestimate old school discipline from a veteran to keep fielding tight. Reeza Hendricks, who scored two centuries last season and Kagiso Rabada who took 13 wickets are also back. Throw the universe boss, Chris Gayle, in there as an x-factor and Jozi will be a nightmare to beat.

Prediction: Even though they have a new coach, I’m saying they’ll go all the way to the final and win it again.

Local player to watch: Even though he’s no youngster, last season Nono Pongolo provided some magic with bat and ball when Jozi needed a hero. I doubt Marchant de Lange will ever forget the nightmare over where Pongolo hit two sixes off the last two balls to give Jozi an unlikely victory. 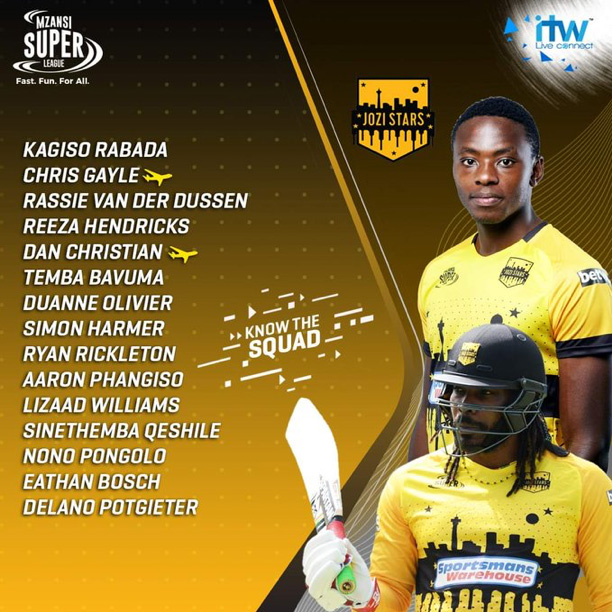 The Nelson Mandela Bay Giants are certainly not a young side, but putting a positive spin on that is that it means they are a very experienced side.

Their overseas player investments are the very explosive SA born England opener, Jason Roy and Big Bash Journeyman Ben Dunk, who can keep wicket and has even been known to bowl some modestly threatening spin on the odd occasion. They should be handy as a right/left opening pair.

With JJ Smuts, Farhaan Behardien, Heino Kuhn and Marco Marais also in the squad, they are a very capable batting unit on the day. On the bowling side of things, legendary long-distance sprinter, Imran Tahir, will be expected to tie teams down in the middle overs with his leg-spin, Beuran Hendricks bagged 12 wickets in 8 games when he played for Jozi Stars last season.

Junior Dala, Chris Morris, and Hendricks will be the go-to men in power plays and at the death.

Prediction: The Giants are a bit of a dark horse and I wouldn’t be surprised if they punch above their weight. But I just don’t see them winning it. Play-offs at best.

Local player to watch: Nandre Burger. The boy-next-door-looking left-arm seamer has this handy knack of staying under the radar while still getting wickets and only going for 6.85 per over. 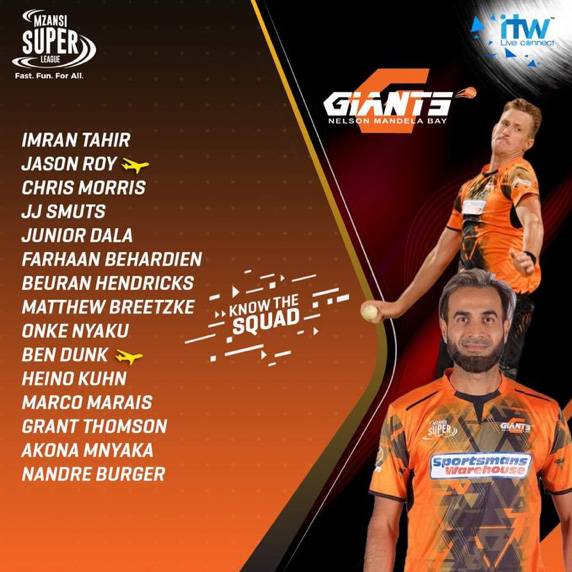 Captained by Proteas captain, Faf du Plessis and having the services of JP Duminy takes care of any on-field leadership issues there might be at the Paarl Rocks side.

The overseas players will be England’s James Vince, who was part of England’s successful ODI World Cup campaign and Sri Lankan all-rounder, Isuru Udana, who I can’t help but feel got selected because he really went to town on the Proteas bowlers last time Sri Lanka were here.

Paarl rocks also have the services of Henry Davids and Cameron Delport. The spin bowling department will be dominated by Bjorn Fortuin and shoe phone operator Tabraiz Shamsi, while Hardus Viljoen, Dwaine Pretorius, Kerwin Mungaroo and Udana will be the pace bowling options.

Prediction: Paarl Rocks feel a bit batting heavy. They might find it hard to defend, even when it’s a large total. Don’t think they’ll be enough of a consistent threat to reach the finals.

Local player to watch: Kerwin Mungroo, the 25yr old fast bowler has played 16 T20’s and has 21 wickets, with an economy rate of 6.88 per over. If he can keep that run rate under 7 he will be a big asset for the Paarl side.

Last season, Tshwane underperformed, which is a strange thing to say about a team is in its first year of existence, but such are the expectations that follow Mr 360, AB de Villiers. Dean Elgar stunned a few people by leaving his test bubble and showing that he likes to play a few shots and that’s he’s pretty good at this flat stick and round ball game.

Tshwane’s overseas players are interesting, England international Tom Curran is a great buy, he’s a good death bowler and a more than handy batsman to have lower down if the team loses a few wickets early. Then there is the mystery factor of the 18-year-old Afghan left-arm Chinaman bowler, Waqar Salamkheil.

The Spartans have a strong fast bowling line up, which features Morne Morkel and Lungi Ngidi. Roelof Vd Merwe will more than likely be the leading spin option.

Prediction: The Spartans might be a surprise package because they can field three strong all-rounders in Curran, Wiaan Mulder, and Roelof Vd Merwe. That combined with AB, Elgar and Vaughan Van Jaarsveld up-front could see them put some pressure on teams. I think they’ll reach the play-offs.

Local player to watch: Lutho Sipamla. The young seamer has heaps of ability and hopefully, he gets enough opportunities to bowl with Curran, Morkel, and Ngidi. It can only make him better. 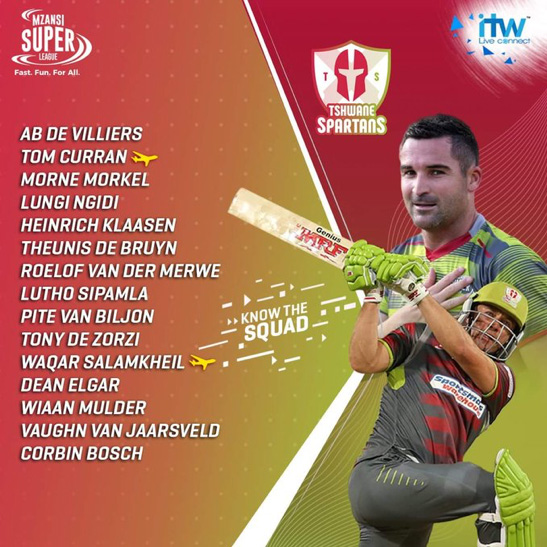 Make sure you follow all the action by following the Mzansi Super League on all your favourite social channels:

Tickets for all games are available from Ticketpro – Click Here to join the action!