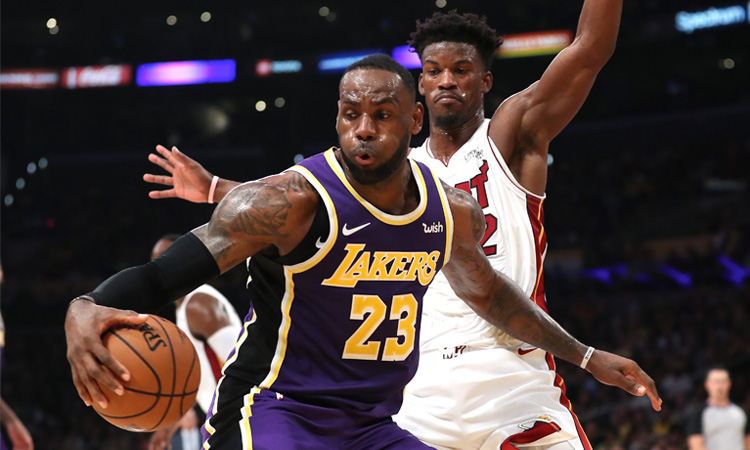 The NBA Finals African Blogtable brings together some of the top basketball minds from across the African continent sharing their thoughts on the Heat-Lakers matchup at every stage of the best-of-seven series. Here are their predictions ahead of Game 1.

As much as I am excited to watch this Miami Heat team in the NBA Finals, I have almost no doubt that the Los Angeles Lakers are clear favorites to win the championship. It was the case in the regular season, but it got even clearer during the playoffs. The chemistry between LeBron James and Anthony Davis, coupled with the experience and utility of players like Rajon Rondo and Dwight Howard just make the Lakers a step above anyone else, including the Heat. Lakers in six.

If you asked me at the start of the season if I would’ve predicted these two sides in the NBA Finals, my answer would’ve been NO. Both teams have really embraced this bubble but it’s the Lakers who have really kicked into another gear. LeBron looks motivated as ever and with Anthony Davis proving to be the perfect partner to him, it’s tough to go against the Lakers. I see the Los Angeles franchise wrapping it up in five games.

We have two teams that play physical, play together and play hard, so every game will be a fight. In the regular season the Lakers beat the Heat twice (95-80 and 113-110), but NBA Finals is another story. At the end of the day, it’s not about the stats. The Miami Heat can count on Jimmy Butler’s leadership, the emergence of Bam Adebayo, and the quality shooters they have, but I think it will be difficult to contain Anthony Davis and LeBron James & Co. who have more individual quality and team strength. Lakers in six.

It’s just tough to bet against LeBron and considering how Anthony Davis is playing right now, it should be an easy bet for anyone to choose the Lakers. But my sanity has rather chosen the Miami Heat. When I look at the Miami Heat with what they have done this season, there’s only one word to describe them – toughness. They are very tough and have options defensively, especially on the wings. There’s no team that has that many defenders who can wear down LeBron. Considering the presence of Jae Crowder, Andre Iguodala and Jimmy Butler, they have bodies to throw at LeBron. On the other hand, Bam Adebayo has been so sensational on both ends of the floor and it should be great to see how he handles Anthony Davis. The Miami Heat also have that shooting ability that the Lakers just don’t have. Heat in seven.

I think the Lakers have a huge pressure on them. Obviously they were the ultimate favorites and looked to have contained the Nuggets pretty well in the conference final. The last time the Lakers got to the Finals in 2010, Kobe Bryant was the MVP. I think for the Lakers it’s just beyond winning, it’s about honoring Kobe’s reputation and living up to his legacy. The Lakers have two mercurial ballers in LeBron James and Anthony Davis, but the Heat have an amazing supporting cast headlined by Adebayo, Dragić, Herro and Iguodala, whose experience will be very important. If LeBron and AD play at their best level, I think the Lakers will win it in six.

The series is going to be a well-fought out battle and it won’t be easy for either side. I know the Miami Heat are unafraid of any team but this will be their toughest challenge yet. The Lakers, as well, can’t afford to slack at any point against the Heat — they’re an extremely resilient team who won’t give up the way others did before. I really believe that it could go either way, but I’ll predict the Lakers in seven.

I want to make a daunting prediction and say that the Miami Heat will win this in six games. I love the banter that comes with this line and to be honest, I know the Lakers are by far the best team going into the Finals, but we just might have an upset on the cards. LeBron has been good for the Lakers in the postseason, Davis has been massive in the 12-3 record in the Western Conference Playoffs and that sort of run heading into a Finals should make it easier for the bookies to pen their winners at the end of the series. But the Miami Heat can’t be overlooked.

They’ve got a great coach in Spoelstra who is in his 12th season with the team and has made it to his fifth NBA Finals – that experience should and will count for something. Bam Adebayo and Jimmy Butler might be the underdogs compared to the Lakers personnel, but their play and numbers in the bubble, especially this postseason, have been extremely vital to the team’s success so far.

We are definitely not going to see a blowout. It will be a tight matchup, but after a series of consultations with my crystal ball, the verdict remains – the Heat will take this in six over the Lakers.

I will go with the Lakers in six. The Miami Heat have shown an incredible resilience and drive through the playoffs and what’s not to love about the team. Their defense and consistency have been outstanding this postseason, but they do not have LeBron James. That’s just it for me. LeBron in the Finals is a totally different beast from regular season. He is so fired up for the Finals it will be scary to see what he has in store. Let the Finals begin!

It’ll be the Lakers in six…. The force (of Kobe) and the momentum they’ve gathered throughout the playoffs make them look pretty unstoppable. Obviously LeBron and A. Davies are the key players. Davis has been the star of the playoffs. He’s a solid defender and a beast offensively and has been unguardable at times. LeBron is playing like a 25-year old, not a 35-year old, and is clearly inspired to add his name to the list of Lakers legends who’ve won an NBA title. The Heat are very well coached by Spoelstra and have played like a well-rounded unit in the bubble. Butler, Herro and Adebayo have been superb. I’m not sure they can sustain that level of excellence to win four games though. But I look forward to watching them try.

Since the start of the playoffs, I have been banking on the experience and the collective of the Lakers. I use the same logic here. I think LeBron James and the rest of the team have more than enough experience and talent to go through with their goal of winning the NBA Finals.

Now, it won’t be as easy as in the conference finals. The Miami Heat are a very good team and will be very difficult to beat. The Heat can win at least two games in the NBA Finals. But in the end, I vote 4-2 in favor of the Lakers.