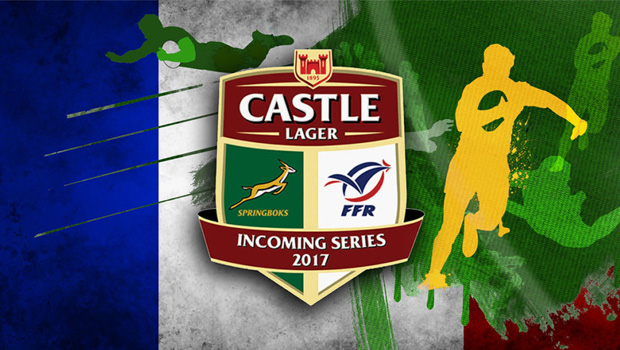 Test Rugby week is upon us as the Springboks gear up to take on the French in the first of three Test matches, starting at Loftus Versveld in Pretoria on Saturday afternoon.

The French will visit South African shores for the first time since 2010 when they lost 2-0 in a two match series, with the visitors convincingly losing 42-17 to the Springboks. It remains to be seen, though, if the Springbok class of 2017, led by Warren Whitely, can replicate the feat of the 2010 Boks.

WIN TICKETS TO ALL 3 TEST MATCHES – CLICK HERE TO ENTER

The two nations will surprisingly play each other for the first time in a three match series in their history.

The Boks will be aiming to put behind them, a disastrous 2016 International season where they lost a record eight out 12 Tests, the most in the country’s history, including a first defeat to Ireland in South Africa, and a first ever loss to Italy in the Outbound tour in December. The Boks also suffered their heaviest ever defeat to the New Zealand All Blacks (57-15) at Kings Park in Durban during the Rugby Championship, which has somewhat tainted the public image of the National rugby side.

Part of the Boks’ demise last year was a horrible defence that leaked points on a consistent basis. Allister Coetzee has since roped in Brendan Venter on a consultancy basis to help shore up their defensive woes. During this period in 2016, the Springboks looked lacklustre on defence and failed to put pressure on opposition attacks. Though the French have brought an inexperienced squad to South Africa, their unpredictability and infamous ‘French Flair’ may pose a great threat to the Springbok’s defensive system.

The Boks will need to physically impose themselves on their French visitors and make it uncomfortable in the tackle points. Duane Vermeulen missed a large portion of the Boks’ international campaign last year and will again not feature on Saturday due to an injury picked up in the French Top 14 Final this past weekend.

Vermeulen is a big loss in terms of his physicality, both with ball in hand and on defence.  The Boks will need to front up physically on defence if they are to get a win against the French, and more importantly restore their confidence and pride.

DO YOU THINK THE SPRINGBOKS CAN WIN THE OPENER IN PRETORIA? LET US KNOW IN THE COMMENTS BELOW.