HomeCricketProteas Heartbreak – Why Always Us
Cricket

This is not a tour diary. This is not my usual banter, slagging off my team mates. This is how I genuinely feel about my team, my country. A parody’s version, of course.

Walking into the change room, I lasted about 3 minutes before I could no longer bear it. The boys are broken. Consolations everywhere, tears, hugs, brotherhood. We’ve not lost this game, we’ve not disappointed anyone, we fought to the end. What we’ve done is broken the hearts of 46 million people and that’s what’s breaking this team right now. Individually my team are champions. I’ve been critical of many but when it comes to this, these moments. These men, reduced to boys’ tears, are champions.

Dale can’t walk. An office worker would not be able to get up from his chair if he had this hamstring injury, he is a legend. He could’ve bowled that final ball anywhere, we were scripted to lose this and so it was always going to end this way. I  don’t think we need to remind people of Dale’s passion. He’s broken.

Morne is a beast. He’s cleverer than people think. Bossing those field placements for the balls he knew he would bowl. To see him staring down those size 17 boots with tears in his eyes, his cheeks red from the palms of his hands pressing up against them is overwhelming. This is only the start of describing this great team that deserved this win.

Hash is distraught. I’d like to see anyone else handle the pressure one man puts on himself to be the best he can possibly be without flinching a nerve in his body. A man that can take defeat on his shoulders because he cares so much about others, he will carry their defeat too. A man so talented I could only wish to be able to have an eye like he does. Nevermind his character.

Faf, for all the shit he gets about his style and looks (Which he loves by the way), there is not one player in world cricket that plays to a plan like he does. Come pace or spin, run rate up or down, he has a plan and he sticks to it. That’s what makes him quality. That’s what makes him our best number 3 in all formats. Fact.

Rilee. Find me a player that’s just come into a team with this amount of talent and from the very first ball plays within himself and play the game he plays week in week out? Find me one, I dare you? He will walk in and play beyond his capabilities every single week. Every single net session. Comfortably the toughest batter to bowl at in a net session, respects no one. Backs himself.

David Miller. David Miller would move the earth to be a part of this team, David is the first one at nets, team meetings, breakfast, lunch, dinner, and the last one to leave. Hard hitter is an understatement. You think BMAC made Dale look standard earlier, you haven’t seen Dave in full flow. He is distraught right now.

You know at the start of this tournament there was one player in this team that we all genuinely thought would be the one to win us this world cup, he would be the one to somehow do something special for us. And if I’m perfectly honest, he was completely underused and never got the opportunity to showcase his real talent on the big stage. That’s JP. And you know what, shame on you if you blame him for that catch. You out there, you want to win it for your country, that ball goes up, you would do whatever it takes to take it and win the game for your brothers and 46 million people back home. The only thing that prevented that was there were 45 000 opposition fans screaming and he couldn’t hear shit. Stop judging individual players. You don’t know what it’s like. 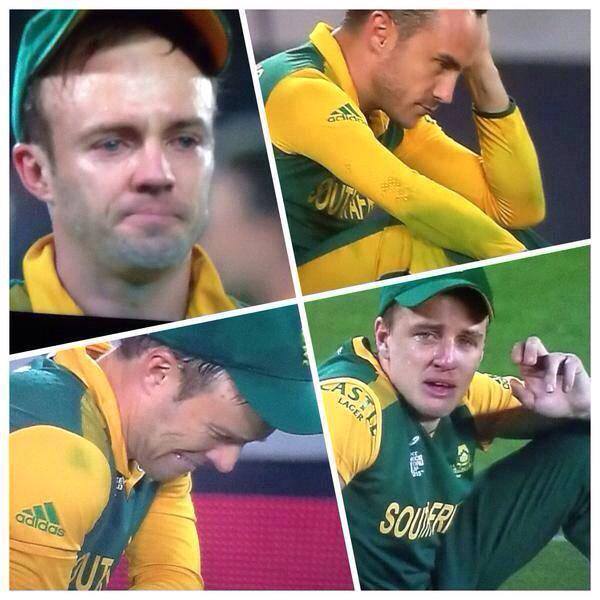 Big Vern. Lots of questions are being asked here. And you know what South Africa. Not one of us will back down from a challenge, if someone throws us the ball, gives us the bat, we get the nod. We do it. We do it for you and for our team. Vern was given the ball and he did everything he possibly could and in fact, how about looking at the lack of luck he had on his side today. How many of those balls clipped another coat of paint on the off stump from a traditional seam up ball by the big man. How many more times could Corey Anderson be cut in half by a peach and not clip the bails, or take an edge. Besides his first over, he bowled some beauties in that innings that not many seam bowlers would on that deck.

Imran Tahir does not get the credit he deserves. I’ve kept wicket since I was tiny, and never have I had to work as hard as this to keep to a bowler who bowls with superb control, disguise and patience. You know what I wanted out of all of this today, it was to see the Immy’s celebration in that final over of his. We wanted it for him, he was our guy, but as for that script I mentioned earlier, it simply was never meant to be because in any other game, Corey Anderson did not have a clue and he would’ve been out 4 balls in.

Same can be said for Kyle. Kyle came into this world cup needing to somehow outplay 3 of the world’s best fast bowlers. He pushed and he pushed and he pushed. And not only did he push, did anyone notice his performances? He bowled the best I’ve ever seen him bowl. Some say he should’ve got the nod today but right now, this team doesn’t need hindsight. We don’t care right now who should’ve played. What’s done is done.

To the two boys that received the most flack and the third that carried our drinks and formed a bigger part of this team than the credit he was given. I’m sorry for all the times I took the p*ss out of you at this world cup. You not only took the blow to sit out of the biggest matches of your careers, you are the boys that are roaming the changing rooms right now consoling the giants of the game because today, we are all on the same level. No one is better than anyone else in this change room. Farhaan, today you had the opportunity to redeem yourself with that catch but we all know it wasn’t your fault. That script prevented you from taking it. Wayne, keep doing what you do, look how good Trent Boult is today with hard work and patience. And Aaron. Big things ahead for you, my friend. You have an entire country behind you.

AB, my captain, our captain. I have no words for your talent. There is not one person at this world cup that deserved to lift that trophy on behalf of 46 million. Francois Pienaar, John Smit, Neil Tovey. They all did it, my hope for this team is that you will be added to that list one day. When we get back to our beloved, we will be right behind you. We will behind you when the critics hit, we will be behind you when the papers have a field day and we will certainly be behind you in 2019. Thank you.

For myself and my tournament. All I can say South Africa is, I’m sorry. I tried my best.

Who was the best Protea at the 2015 World Cup? Vote in our poll on the right of the website.

Written for The Pundits by @notdekock 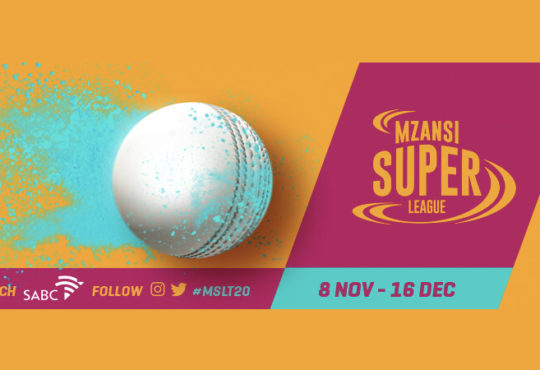 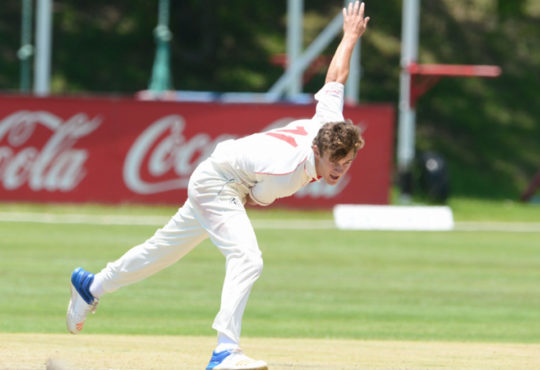 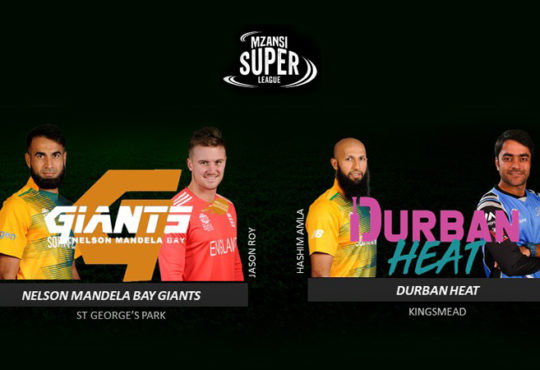