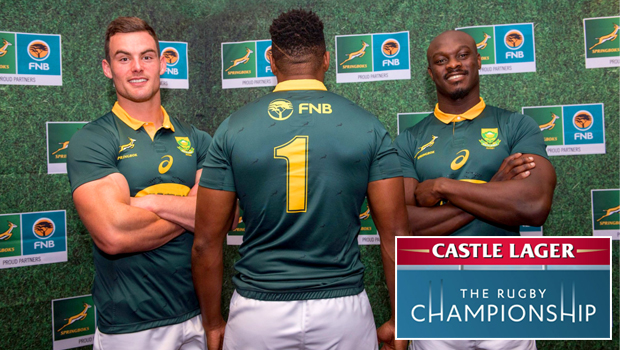 The Castle Lager Rugby Championship kicks off this weekend with a clash between an ever-improving Argentinian team and the Springbok team, which is in much better condition from 2016 following satisfactory performances against France during the June Internationals.

The Springboks will, however, be under no illusion that the four-nation pronged competition will provide a much sterner test of their progress and improvement, after a record loss to the New Zealand All Blacks in Durban, and first defeats to Saturday’s opponents Argentina and Italy at the end of last year.

Considerable amendments have since been made to the coaching personnel in an effort to remedy 2016 mishaps, which in their infancy, have reaped some reward in a series white-wash of a hapless French side. Mzwandile Stick has been demoted to the under 20 set-ups, while Cheetahs coach, Franco Smith and Brenden Venter, have added a much-needed dynamic edge to the Springboks attacking and defensive departments.

Argentina will provide the Boks with a break-down baptism of fire at the Nelson Mandela Bay Stadium in Port Elizabeth, with the Boks set on fielding untried combinations in the forwards. Unfortunately, the Boks are set to be without regular captain, Warren Whitely, due to a groin injury as well as Frans Malherbe, who has a neck related injury, for the entire Rugby Championship campaign.

Although Malherbe and Whitely are massive injury blows for the Boks, their biggest concern for the season will be at the break-down, where there are concerns about the loose forward combinations. The Pumas have an experienced and dynamic loose forward trio, with the veteran Juan-Manuel Leguizamon leading the abrasive duo of Leonardo Senatore and Pablo Matera.

Whitley’s absence will either give Sharks number eight and twin brother to Jean-luc du Preez, Daniel a Test debut in PE or Cheetahs loose forward Uzair Cassiem whose performances in this year’s Super Rugby competition has earned him a Bok recall after not being considered for the June Internationals, alongside Siya Kolisi and Jean-luc du Preez in the loose forward combination.

If the Boks have any chance of gaining ascendency in a match that will be filled with attrition, special attention must be given to the likes of Leguizamon, Matera and Senatore. This will help ensure that they start the Rugby Championship in the right fashion.

DO YOU THINK THE SPRINGBOKS HAVE A CHANCE OF WINNING THE RUGBY CHAMPIONSHIPS THIS YEAR? TELL US IN THE COMMENTS BELOW.