Francois Venter’s Bok snubs – a reality for many black players in the past. 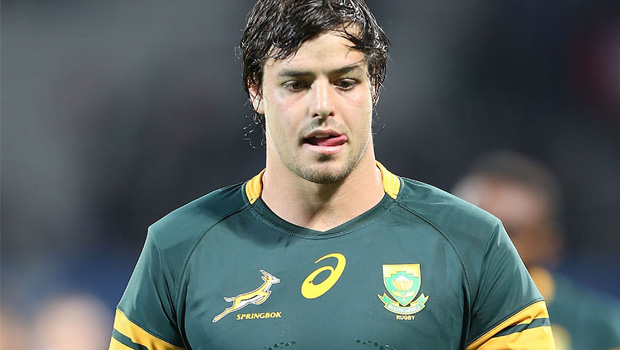 Francois Venter’s constant Bok snubs have been a reality for many black players in the past.

Francois Venter’s lack of playing opportunities in the colours of the South African national rugby team in the recent past have been a sad tale of a talented player that has received little chance to showcase his skills at the highest level.

Though the frustration of a lack of opportunities might not be a new occurrence in Venter’s career, it comes at a time where his form warrants better treatment.

Venter started his professional career at the Blue Bulls as an 18-year-old in the Vodacom Cup competition in 2010 after turning out at the Junior World Championships and SA Schools. Venter’s Bulls career was curtailed with injuries, and once a bright and promising talent, slowly dwindled into the shadow of another rising star in the form of Jan Serfontein.

Venter eventually moved on to the Cheetahs in 2014, where he has enjoyed plenty of personal success. The incumbent leader of the Free State side has turned out for the South African A side against the England Saxons and French Barbarians, and led the side against the Barbarians.

Venter has played three Test matches so far in his career, all of whom came on the disastrous Springbok end of year tour to the UK last December. Since then, Venter has been involved in Springbok squads against the visiting French in June and the current Rugby Championship, but has had to settle with carrying contact shields and drinks during training sessions.

Venter’s snubs in the green and gold might come as a new revelation to some but for many black Springbok players it is a reality that has been in existence for some time.

Black rugby players in the past have had to wait extended periods to get a fair chance to prove their worth at the international stage. Lwazi Mvovo is a typical example.

The Sharks winger, in the prime of his career, had the finishing abilities of one of the best in the country. During Heyneke Meyer’s tenure, Mvovo was stifled of opportunities, where he was either left out as a spectator from the stands or saw his place taken by out-of-position Francois Hougaard.

What is happening to Venter is not ideal but there are contributing factors. Serfontein and Jesse Kriel have established themselves as the preferred centre pairing in the Springbok revival campaign of 2017, and Damian de Allende as the backup, forcing Venter to be fourth in the pecking order.

I wish better for Venter, he is a talented and skilful player who gives his all whenever he steps out onto the rugby field but I’ve seen black players suffer what he is going through many times before.