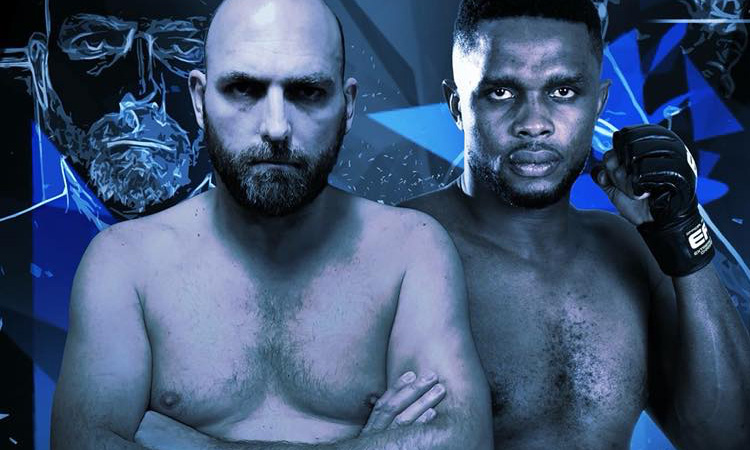 Smith vs Djikasa: at EFC 72: Willem Smith will take the fight to Matunga Djikasa in their heavyweight tilt at EFC 72 in Cape Town on Saturday, insisting he is ready for the “bombs and hammers” coming his way.

Smith is making his professional debut at GrandWest Arena, having gone 18-2 as an amateur since transitioning to mixed martial arts a decade ago from a background in Kyokushin karate.

The 38-year-old says he is a pressure fighter that complements his skills with heart and toughness.

“The strength of my game is just not backing out whatsoever, I keep coming forth at you,” Smith tells mmaengage.com.

“My ground game is phenomenal, my stand-up is just phenomenal as well. So I am bringing my all-round game.

“I can tell you, the positive energy I’m carrying around myself, it is just not letting me go about this.”

He adds: “Most important of all I’m bringing my heart to this sport because I’ve been a contact fighter for most of my life.

“You know, fighting is my business. This is what I love to do and whoever I’m facing that’s just an obstacle in front of me I need to get over.”

Talking of obstacles, the Reps MMA product expects his Durban-based Congolese opponent to bring the heat early on.

“And he stands in a southpaw position, but he likes to switch off to orthodox as well, which I’ve noticed. So you know what, I’ve basically trained both ways for him.

“If he keeps it standing man I’m going to throw it to him. I’m going to give it to him standing. But I will decide from my point of view, from my fight, whether I want to take it down to the ground or want to keep it standing,” concludes the Rico Hattingh-trained fighter.

The 32-year-old Djikasa is looking to rebound from a submission loss to Juan Bezuidenhout on his respective EFC debut in March.