Springbok Player Ratings: It’s Only Over When Bongi Decides to Sing 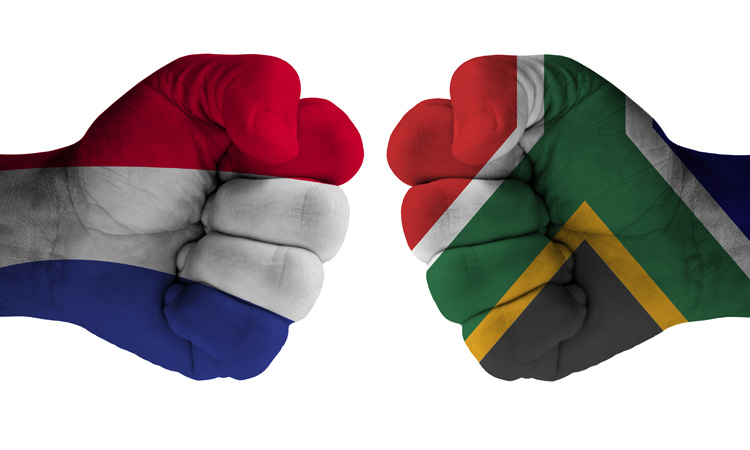 The Springboks’ performance on Saturday was not a thing of beauty, but what matters is that they showed a bit of resilience and produced a moment of magic when it mattered. Here is what each player scored via our rugby panel as well as freelance journalist, Ali Stokes, who hails from the UK and provides an unbiased view.

Rassie Erasmus’ men scored a try in stoppage time to edge to a dramatic 29-26 win over the French at the Stade de France on Saturday, with Stormers hooker Bongi Mbonambi surging over to secure an unlikely victory.

The Boks were largely average throughout the match and seemed to struggle to get their backline going for most of the evening.

Since last weekend, it’s fair to say things did improve, set-piece wise, this time around but the Boks were their dominant selves during those phases.

@Justus_Beets:  I watched him for a bit and he was a real menace at the breakdown. So much depends on a red refrigerator.

@JaredWright17: Won a few turnovers, strong at scrum time and almost hit double digits in the tackle and carries department.

@Hoerboer: He did what was needed. Solid in the scrums

@JaredWright17: He found his jumpers! Made all of his tackles and menaced the breakdown.

@Hoerboer: Having a dip in form. Too much rugby possibly?

@Justus_Beets: It seems Rassie will stick with Frans. I really hope he ups his work rate, cause it’s not great. (Scored Frans a 6/10)

@JaredWright17: Arguably the best starting Bok. Gave Poirot a hard time at the scrum and made some good tackles before being replaced.

@Hoerboer: Probably his best test this year. Got through a lot of work.

@Justus_Beets: Maybe playing at flank for a while opened up his game at lock a bit. Another good game

@JaredWright17: Always looking for work. Made more tackles than any other player but also missed 4. The team was better with him at flank. He also made that tackle for Nkosi’s try.

@Hoerboer: Really turning into Mr Reliable for the Boks.

@Justus_Beets: Workhorse and I think seeing a familiar face in the line outs also helped Marx

@JaredWright17: Won all of his lineouts thrown his way, which should be a regular thing but something we praise now. Went looking for work but was error-ridden with drop balls and missed 3 of his 13 tackles.

@Hoerboer: Nothing spectacular, but did his workhorse duties as usual.

@Justus_Beets: Just didn’t see enough of him. But did have an important time talk with Nigel Owens late in the game.

@JaredWright17: Was penalised a number of times and wasn’t threatening with ball in hand.

@Justus_Beets: Still think he’s a waste at 7, but he makes the best of it.

@JaredWright17: A few pilfers and looked like the most dangerous player on attack.

@Hoerboer: Carried well and also made 1 or 2 big hits during the game.

@Justus_Beets: Is he good enough to keep Duane away from the 8 spot? Are we really pressed for it?

@JaredWright17: Made his tackles but like most of his teammates was ineffective on attack with the Boks kicking more than Naas Botha in a Currie Cup Final.

@Hoerboer: Did what he was supposed to do and kept things clean and tidy.

@Justus_Beets: Not that box kicks can look good, but he looked worse into the wind. Was better with the ball in hand and flying into French flyhalves.

@JaredWright17: A lot of aimless kicking made some mixed decisions and had poor execution at times.

@Justus_Beets: Accurate at the poles. Looked good at 12. Wasn’t his best game, but he’s getting more consistent for me.

@JaredWright17: Flawless from the tee but failed to take control of the game. Was outplayed by Lopez. Looked more dangerous when Jantjies came on.

@Hoerboer: Yes, he kicked everything over. But made stupid decisions on attack. (Scored Handre a 3/10)

@Hoerboer: Not his greatest day on defence. Didn’t see a lot of ball.

@Justus_Beets: Just don’t feel it. Missed his calling as a flanker it seems.

@JaredWright17: Barely saw him out there. Just 3 carries on the night making 5 meters.

@Hoerboer: Has the creativeness of half a brick.

@Justus_Beets: Did he get any ball or space? Another No from me.

@JaredWright17: Got a bit of ball and didn’t do too much with it. Not much to write home about but not too much to get excited about.

@Hoerboer: Can’t remember seeing him on the field?

@Justus_Beets: Looked the warrior part when he got the chance. He did enough to feel good about his spot.

@JaredWright17: Cost us a try but made amends immediately. Starved of the ball and made all his tackles.

@Hoerboer: Ja, he scored a try.

@Justus_Beets: Great try-saving tackle on Teddy Thomas, but seemed to lose interest in the 2nd half and looked poor when he needed to step up.

@JaredWright17: Limited opportunities, hardly saw the ball and didn’t do much with it when he did.

@Hoerboer: No flair from him.

Back causing havoc on and off the ball and strong as ever at scrum time.

Able to impose himself on the deck again this week after a torrid time in London. Lineout improved.

Reliable as ever at setpiece and strong in the carry. Just enough to hold Koch at bay.

Proving his best position is in the engine room. Disruptive to the French lineout and mobile on both sides of the ball.

Strong as ever across the pitch. As with the rest of his team, unable to make a real mark in Paris.

Another quiet performance from the Springbok captain. Crossed wires in defence for a damaging Maxime Medard break in the first 40.

Proving a success at blindside with his hammer like work at the breakdown and ox-like carrying.

Another slightly quiet game from the former skipper, unable to link with his teammates as effectively as he might have.

A surprisingly quiet game from the Prince Charming lookalike struggled to make his mark in a struggling side.

Commanding his troops effectively if with a slight lack of threat. Continues to offer impressive physicality and running from a standoff. position

An unusually quiet series for far for Aphiwe.

Distinctly less threatening than against the English, but hard to single him out as a poor performer.

Proactive in attack when his colleagues seemed stunted.

True poachers try in the second half after a slightly disappointing first 40.

As with de Klerk, slightly less threatening than many would have expected against a large French side. Playmaking threat from 15 profited the odd chance.