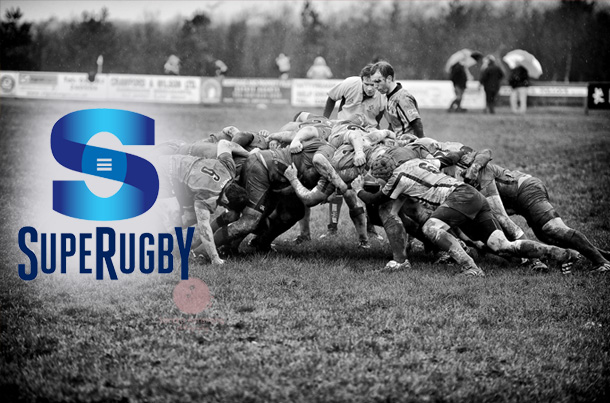 A patient Chiefs side strangled the Stormers on Newlands to ensure their fellow countrymen are the only remaining unbeaten side in this year’s Super Rugby.  Even though the Chiefs are a formidable side, the loss was still considered an upset by many. It wasn’t the only upset of the weekend as the Rebels surprised the Force in Perth. Where will the upsets lie this week?

The weekend couldn’t have a more electric start as the unbeaten Hurricanes travel to Forsyth Barr Stadium to face the locals. The home team will look to extend their unbeaten run to four games and coach Jamie Joseph opted for consistency in the backline, whilst making 3 changes to the front row. The Hurricanes welcome back All Blacks Cory Jane and Jeremy Thrush solidifying the international contingent in their side. Last week the Highlanders scored 26 unanswered points to come back from a 12 point deficit against the current champions, that took some doing and the confidence will aid them in the build up to this game. But the Hurricanes are unbeaten for a reason and not many will bet against them in this game. Still think that the home side will somehow manage to come good.

The Rebels have had a pretty decent start to their Super Rugby campaign with victories in Christchurch and Perth. It’s at home where they looked a little vulnerable against the Brumbies and Waratahs and the Lions will look to capitalise on exactly that. A 28 point hammering by the Crusaders last week isn’t really reflective of their performance. A surprise move sees Elton Jantjies move to inside centre, a position he hasn’t really played in.  Defensive errors could be at an all-time high for a team that leaked 3 tries against the Crusaders. The Rebels moved Mike Harris to the flyhalf position in a ploy to solidify the position and make space for an Australian under 20 debutant. This should be a very exciting game and also the best opportunity the Lions might have to get another victory on their tour. I know the Super Rugby rule is to never back the Lions, but hey, maybe just maybe they surprise us.

The Crusaders just got their campaign back on track and will surely be vigilant enough not to let a Cheetahs backline run them ragged. The home side rests captain and All Black Legend Richie McCaw but welcomes back another talent in Israel Dagg. The Cheetahs, who made 4 changes to the side that lost to the Sharks, will look to start their tour off on a high. However, the chances of winning at Christchurch is never high regardless of the team that travels there, and Saturday won’t be an exception. I do think they will come close this week, but Kieran Read’s men will prove to be way too strong.

The Bulls enjoyed a bye weekend after beating a Sharks team with the help of what can only be described as a through ball. That won’t slow them down as the Bulls have always been a confidence side. Resting Victor Matfield comes as no surprise as the ex-Super Sport presenter takes a little breather on the bench. The Force, opted to start Sias Ebersohn in the number 10 jersey…. Aaaaand they lost.

Concussion is never something to take likely and the fact that Sonny Bill Williams is in doubt for the game against the Sharks is testament to the absolutely disgusting message the Chiefs sent out to anyone watching last weekend’s game against the Stormers. I cannot stress this enough. There’s a serious misnomer in the sporting world that concussions are not that serious and the current concussion tests performed has to be a joke if a player took the field again but now has some doubts after the game. I am appalled. A team does not consist of one player and even if the Chiefs are yet to announce their team, I do not think that they will lose at Kings Park. The Sharks might try to bore them into defeat but the Chiefs should be patient and edge the home side over the full 80 minutes.

As far as Australian Derbies go, this is the one to watch. Still boring, but more entertaining than the rest. The Brumbies, having only lost against the Chiefs, will look to stamp their dominance of the Australian Conference on this game. For the third straight week the Brumbies announced an unchanged startring XV but there’s a new name on the bench. David Pocock returns, hopefully this time for good. The Waratahs are yet to announce their but this Sunday game should only go one way.

Froners’ work life is a state secret and even if I knew what he did, the confidentiality clause we signed when he became a permanent member of The Pundits would prevent me from telling you. The only hint we know is he is often seen lurking around the Top Gear studios. @Froners on Twitter.

Froners’ work life is a state secret and even if I knew what he did, the confidentiality clause we signed when he became a permanent member of The Pundits would prevent me from telling you. The only hint we know is he is often seen lurking around the Top Gear studios. @Froners on Twitter.