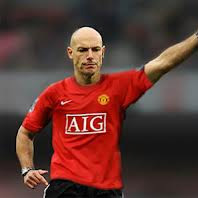 The FA has recently been under fire again after handing Chelsea Captain John Terry a 4 match ban for racist incidents, after previously banning Liverpool striker Luis Suarez for 8 matches for a similar incident. The Football Association has gone through many controversies in their history… yet one that never really amounts to anything is what happens at Old Trafford on a almost weekly basis.

As many rival fans have noticed, Manchester United always seem to have the upper-hand when it comes to refereeing and close 50-50 decisions by the referee almost always go their way. This phenomenon has been well discussed, with United fans simply dismissing the theories of rival fans.

Tottenham manager Andre Villas-Boas has recently hinted at the FA’s unfair favoritism of Manchester United when he said that he cannot talk about refs at Old Trafford as he fears he will receive a fine for doing so. AVB was asked if he thinks that close calls tend to go the way of Ferguson’s men, to which he responded:

“It’s an interesting question. It’s a question that, in this country, is impossible to respond to.

It would be good if we could respond, but last year [when AVB was Chelsea manager] I received a very hard fine, and I won’t make the same mistake again.”

The question came after Wigan boss Roberto Martinez was charged by the FA over comments he made following the Latics’ away loss to United in September. 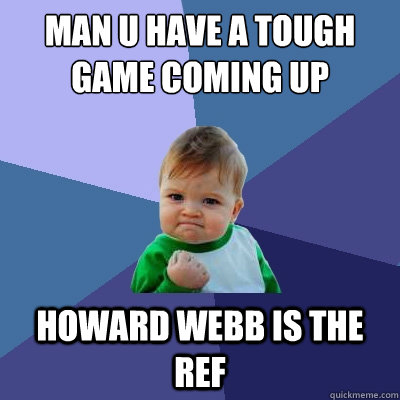 Luckily for me, I am in no way affiliated to the FA, so there’s no way they can fine or ban me for anything I say or write.  I’ve always known that somewhere, something is not quite right and I now have some stats to prove this. You know what they say, where there’s smoke, there’s fire. The stats below definitely proves that there’s smoke… 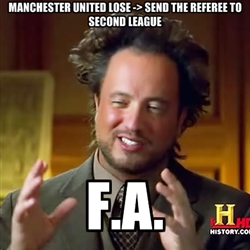 Some interesting stats don’t you think?

Ofcourse I don’t expect United fans to understand or acknowledge this post, as they will probably give the normal response of “19 titles” (read here for more about that.) For the rest of us, these stats simply offer a ‘proof’ of what we have known all along as well as giving us some ammo to throw at United fans when discussing referee’s and decisions.

Thanks to @daveTheCarGuy for sending me the stats.