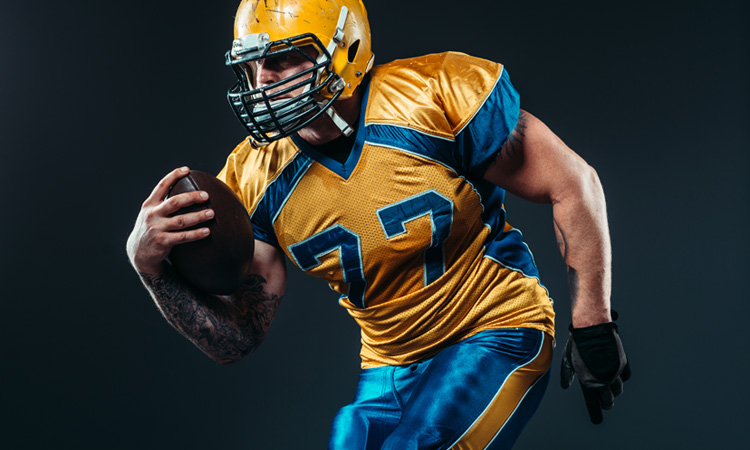 Written by Eunice Visagie with the help of Corne Uys – former pro rugby player and now finding his way to NFL analyst while coaching rugby.

With no preseason matches, off the field happenings have dominated the build-up to the long awaited 2020 American National Football League (NFL).

Due to COVID-19, the new season has been postponed for months on end; now it’s mere hours to go before action starts in what is one of the most anticipated seasons ever.

These two players have dominated the news during what usually is the preseason with practice matches, but seeing that contact training sessions only started a month or so ago, the signing of new contracts, tradings and social activism have been the big focus.

Just this week, Watson from Houston signed a $39 million-over-four-years deal. Earlier Mahomes signed an agreement on a 10-year contract extension. He will play for the Chiefs until 2031. This deal – averaging $45 million a year – is the richest contract in NFL history, according to NFL reporter Adam Schefter. Many believe that Mahomes will be the new GOAT and it will be interesting to see if he can keep his consistency – the very thing that made Tom Brady so special.

While contracts were big on the discussion list, legendary quarterback, Brady, moved to the Tampa Bay Buccaneers, with Cameron Newton taking the GOAT’s spot at the New England Patriots and Black Lives Matter also got some airtime. Lots of it.

With Brady and former Patriot Tight-End Rob Gronkowski to their disposal, the Buccaneers are sixth on the NFL Power Ratings for the season. Expectations are high from these two who were a formidable combination while they played for the Patriots.

The Buccaneers also signed Leonard Fournette. The former Jacksonville Jaguer is a great running back and also great at receiving running back. We all know how Brady likes to throw to running back,  so it’s another great signing to their offense.

DStv saw a gap in the market with the lack of sport in 2020. Currently sport fans are relishing in the opportunity to watch the NBA play-offs. Le Bron James, every second day! This weekend SuperSport channel 219 will start with its NFL LIVE action.

The three big games on this Sunday night – known as Sunday Night Football – are the Miami Dolphins against New England Patriots at 19:00 (CAT) followed by Tampa Bay Buccaneers against New Orleans Saints (22:25) and then at 02:20 Dallas Cowboys take on Los Angeles Rams.

Then we have the question of wether the Super Bowl hangover is for real or just a myth? The “Super Bowl Hangover” is a term given to describe the phenomenon of the last seven out of 13 Super Bowl runner-ups who have not made it to the playoffs the following year. It will be interesting to see if the San Francisco 49’ers can repeat the success of last season and avoid the “hangover”.

I also wonder if we will see the return of Antonio Brown, arguably one of the best receivers of all time. He is currently on the bad boy list because of his off-field antics that include altercations with teammates, injuries and allegations of sexual assault. For now, the answer seems to be: he will not play again, but purists of the game still hope for some kind of miracle that will set this phenom’s career back on track.

He was and is the talk of the town as reigning Heisman Trophy winner and first round pick but what will happen with wunderkind, Joe Burrow, in his first season as a professional? The LSU superstar dominated college football last season and will be in the starting quarterback position come Sunday when his team the Cincinnati Bengalls take on the Los Angeles Rams.

Lastly, will COVID-19 interfere again or has the NFL officials got a watertight action plan? Only time will tell, but for now I’m amped and can’t wait for the long-awaited season to start.